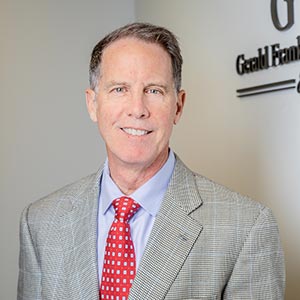 Richard (Dick) Wills is the Executive Director of GFA (Gerald Franklin Licensing) Texas premiere liquor licensing service. GFA has been providing the liquor industry with quality licensing service since 1944. Dick is retired from the Texas Alcoholic Beverage Commission as a Regional Supervisor of Licensing and Compliance. Prior to his TABC service Dick was a co-owner of a multi store retail operation where he worked for 22 years.

Dick obtained the rank of Eagle Scout from the Boy Scouts of America before being Honorably Discharged from the Marines where he served at Marine Barracks Norfolk. Dick has his BS in Business Administration from the University of Wisconsin and attended Universities in Israel, England, and Mexico. Dick is a current Ex-Officio Director of the Houston Livestock Show and Rodeo, and a former Ex-Officio Director of the Greater Houston Restaurant Association. Dick also served as Vice Chairman of the Board of Directors for Sea Scout Base Galveston.