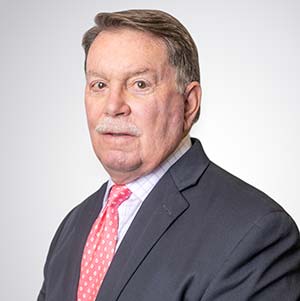 Mr. Roberts has worked in Radio and TV for over 43 years in several markets but has spent the last 36 in Houston. He does a daily blog on Channel 2’s website. “The Daily Craig” involving sports and humor and is seen in both print and video form on www.click2houston.com. Mr. Roberts was the station sports anchor and sports director for 22 years and also anchored a show called “Sports Off Center” on Channel 55 in Houston. He did play by play for both football and basketball including NFL, College, and High School. He also did the Southwest Conference game of the week for NBC TV.

Mr. Roberts has been a ring announcer for local bouts and has done fights on CBS, ESPN, and MCNBC. He was the ring announcer for the 2008 U.S. Olympic Trials. He has worked radio for several stations including KLOL on the Stevens and Pruett Show and Z107 mornings with Bob and Crash. From 2012 to 2014  he was the sports director for NEWS92 FM.

He has a B.A. in political science from Southern Illinois University and served 3 years in the USMC with combat experience in Vietnam in 1967.

He is married to long time radio and marketing expert Carol Gambill. They live in their log cabin in Spring, Tx.