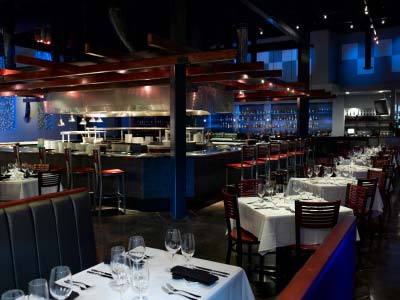 Bars and restaurant owners who obtain liquor licenses for their business in the Houston area can remain competitive through a variety of economic conditions. However, in order to be successful over the long term, each type of business must first obtain the correct Houston liquor license for their specific establishment. In addition, they need to be capable of attracting repeat customers, and the best way to do this is to make sure that customers never leave the premises with a bad taste in their mouth.

Recent investigations of certain establishments in the areas of Houston, Seattle and Cleveland demonstrate a persistent trend of bad tasting draft beer. The problem starts when patrons of the bar or restaurant detect a foul aftertaste in their beer. According to the investigators, this bad taste has to do with a biochemical reaction that occurs when the line bringing the beer from the keg to the glass gets dirty.

Although it is not common for an establishment to lose a Houston Liquor License on account of dirty lines, this possibility does exist. Patrons who value these businesses should understand the situation as much as possible before planning a strategy of how to bring the problem to the owner’s attention. Whenever possible, try to frame the complaint in a way that shows that you care about the reputation of the establishment and want to see the business succeed. Owners are more likely to be receptive to constructive criticism when it is delivered in a way that is intended to help the business.

The amount of lactobacillus that can cause the sour taste necessary to provoke a negative reaction in patrons is relatively small. Lactobacillus is a bacteria found in yogurt, cider, cheese and fermented products and does not pose a health risk but does produce a sour taste. This problem is not unique to any particular area, so beer drinkers can understand the risks involved by getting accurate information about bacteria contamination. A normal response to receiving a beer that does not taste right is to ask for a replacement. This is a natural response for people who are not regular customers; however, patrons who wish to return on a regular basis may check back later to see if the problem is resolved. It is usually one draft beer line in particular that causes a problem for many different people. The beer might taste sour or moldy, and many customers will avoid the issue just to be polite.

Restaurant or bar owners may simply be unaware of the existence of an actual problem. They may interpret customer complaints in a variety of ways, but incident reports alone will not locate or solve any actual problems. To complicate matters, the bacteria might accumulate in several locations throughout the entire distribution line. If the keg and the parts are both clean, a problem could develop undetected in an area that cannot be cleaned unless the entire system is serviced. Patrons who wish to bring the problem to the owner’s attention should consider using a diplomatic approach to resolving this issue.

Establishments who are invested in maintaining a Houston beer license will be aware of the dangers in allowing complaints to continue. Patrons who already have a good relationship with the owners are in a unique position to be effective in resolving the situation. These customers can serve as a form of quality control by approaching the owner with awareness. Try to address the issue of cleaning the lines as a way to retain customers and maintain the good standing of the business in the community. Keep in mind that a bad taste could be caused by a variety of issues, so remain polite, and consider providing business information about of a company that specializes in cleaning beer lines.