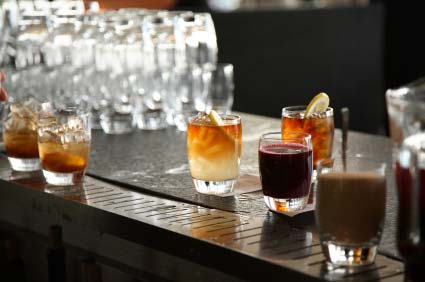 Craft beers have been steadily increasing in popularity across the U.S. in recent years. During the first half of 2015, figures released by the Brewers Association indicate that approximately 12.2 million barrels of beer were sold and distributed by craft brewers nationwide. Production of craft beer products increased by about 13 percent during the same time period, spurred in part by the addition of 699 breweries in the U.S. since June 2014. Drinking establishments holding a Texas beer license have also seen an increase in the state’s craft brew production:

With the number of microbreweries steadily increasing both in Texas and across the country, craft beer is likely to be a growth industry for the foreseeable future.

What Is Craft Beer?

While the brewing methods may be traditional, craft brewers have produced decidedly innovative flavors and taste profiles. Typically created in small batches, these beverages enjoy enduring popularity among patrons of bars, liquor stores and other retail outlets.

The Economic Impact of Texas Breweries

A study released in July 2015 by the National Beer Wholesalers Association and the Beer Institute indicated that breweries in Texas employed roughly 124,000 people and amounted to $19 billion; this includes large-scale brewing operations along with the craft beer industry in the state. As time goes on, however, craft and local brew operations are taking an ever-larger piece of the economic pie. Industry experts attribute some of this popularity to the increased variety and premium positioning of these small-batch beers in the consumer marketplace. Craft beers are generally regarded as higher quality products and can be sold for higher prices as a result of this public perception.

At Home in Houston

The Texas Alcoholic Beverage Commission (TABC) is responsible not only for issuing Texas liquor license permits to bars and taverns throughout the state but also for overseeing and regulating breweries of all sizes. In the Houston metropolitan area, 31 establishments currently hold brewpub or brewery licenses with TABC; it is expected that more microbreweries and craft beer purveyors will follow suit in the latter half of 2015. Houston is an ideal location for these establishments thanks to its healthy economy and large urban workforce, which combine to create consumers with the financial means to enjoy custom-crafted beers in upscale and casual surroundings.

A TABC brewer’s permit is required for craft beer producers; additionally, a brewer’s self-distribution permit is necessary to sell these products through local grocers, wholesalers and retail outlets. Working with a company that specializes in Houston beer license applications and permits can ensure that all paperwork is completed correctly and submitted on time, allowing bars, pubs and breweries to manage their operations more efficiently. By enlisting a little professional help, prospective craft beer establishments can get the right start in the Houston consumer marketplace.